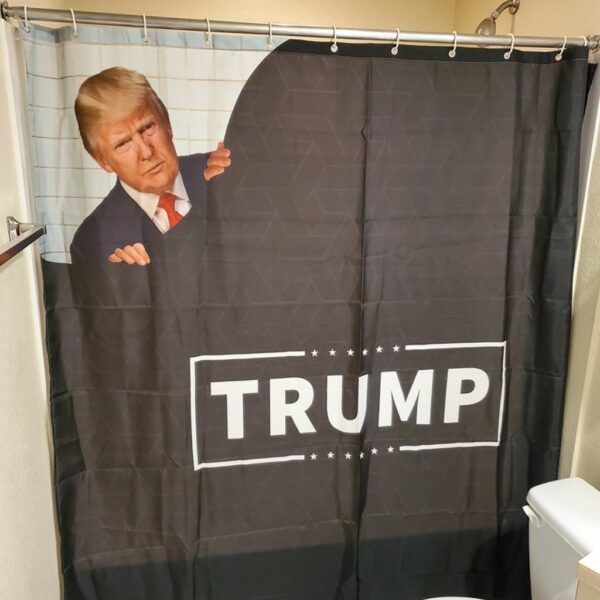 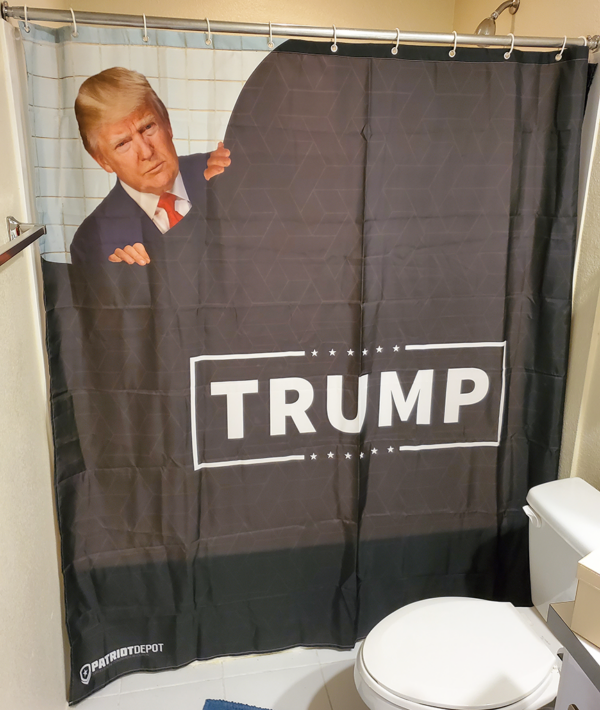 Trump keeps a watchful eye on America, and the Trump shower curtain keeps a watchful eye on your bathroom as you wash the socialism out of your life. We will never forget when Trump announced we are going to “build a wall” and make Mexico pay for it. But it seems as though we forgot when he promised to “build a shower curtain” and let whomever wanted to buy one pay for it.

Whether it’s a gift, a gag, or you’re just a fan of funny merchandise, this shower curtain is sure to rid you of any liberal hogwash the media has attempted to bathe you in.