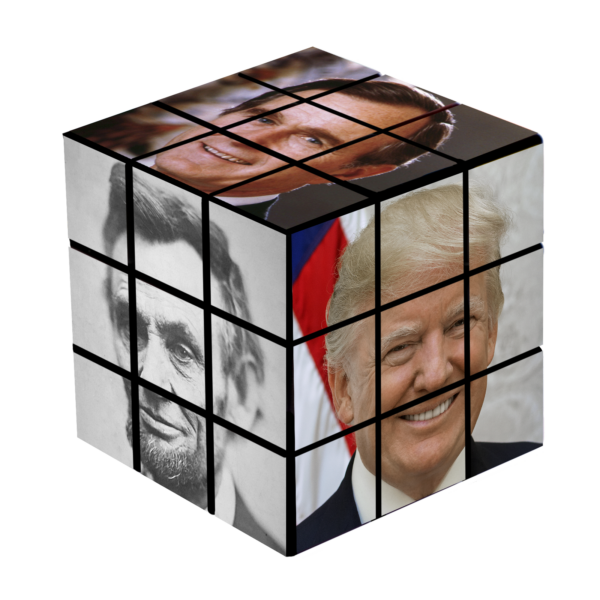 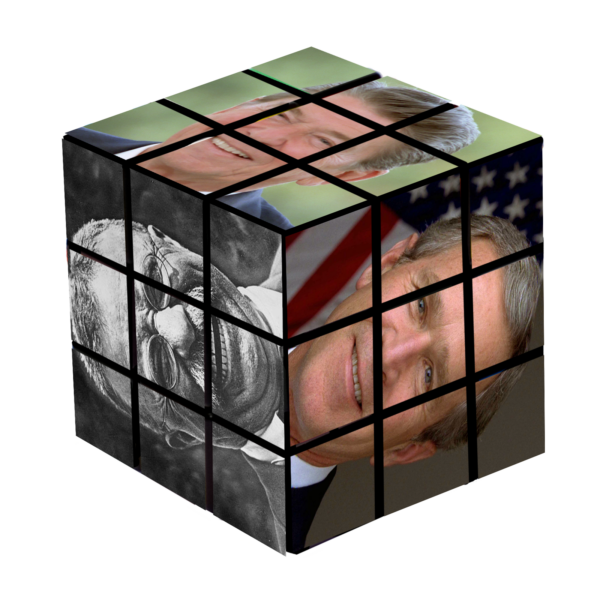 Scramble up the six presidents, then rearrange them so their images are all intact. It sounds easy, but it’s not – I should know, I’ve been working on solving this for six straight days.

It’s a classic toy, but we made it new again by adding all of the classic conservatives! What’s old is new again by making what was new old! They’re all here, too: Reagan, Donald, Teddy, Lincoln, George W., and George Senior.

The fate of these six great leaders is in your hands as you are challenged to re-assemble each detail by twisting and turning the Cube until their facial features line up.